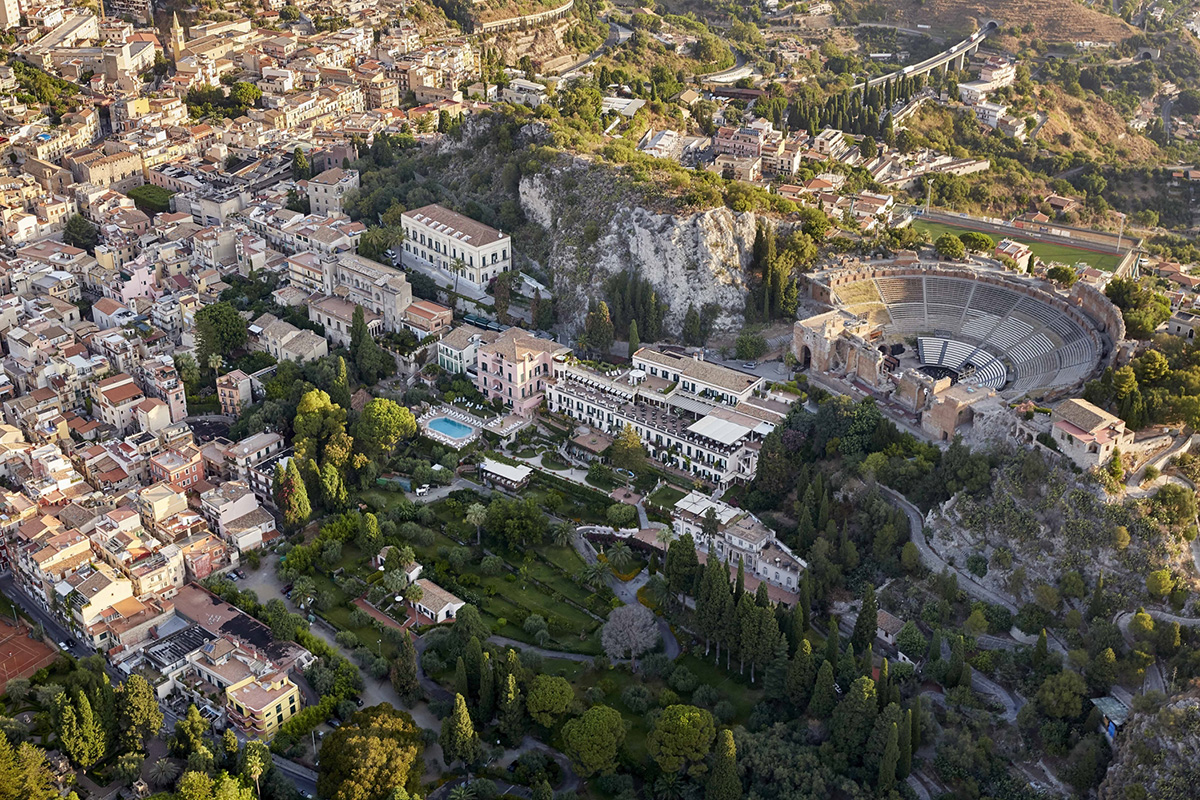 My Sicily : Crossroads of Culture and History meets Sparkling Seas and Mountains

Sicily has long been a crossroads and of Mediterranean culture and has a fascinating Greek temples, Norman churches and Baroque cities. Sicily has also natural wonders like still smoking Mount Etna and crystal clear beaches especially in the eastern and southern part of the island.. I have been in Palermo and made a boat trip till Trapani some years ago thanks to Jerry’s Majestic Marine, but I think the best of Sicily is in its eastern part around Catania city. That’s why I would like to write a guide about Eastern Sicily where I visited recently. But be aware that given the islands almost North African climate the best time to visit Sicily is either in Spring or Fall.

Taormina combines breathtaking views from its mountain-side location, and is best-known for its Teatro Greco – a Roman amphitheater with stunning views over the bay across still and active volcano Mount Etna. The town is filled with many more historic sights, and also has prime a beautiful pebble beach facing Isola Bella.

There are two fascinating hotels in Taormina . Belmond Grand Hotel Timeo is the most luxurious hotel of Taormina.. It is located high up in  the city center and has one of the world’s most incredible views, over the rooftops of the medieval town, past the coves and headlands of the volcanic coastline, and to the active peak of Mount Etna. Taormina’s ancient Greek theatre is right next door.

For the beach lovers I highly recommend Belmond Villa Sant’Andrea which is in subtropical gardens on its own private stretch of beach on the Bay of Mazzarò.. Built by an aristocratic family in 1830 it retains all the charm of a private residence. Hotel guests can see more options and enjoy a complimentary daily boat tour with center console boats. Its Restaurant Oliviero is the best spot for lunch in Taormina. Here you sit under the shade of a pine trees in its lovely garden and eat the freshest Italian and regional cuisine in a breathtaking setting.

With only a handful of tables Tischi Toschi is my number one choice for dinner. The family-run, Slow Food–trattoria offers a level of creativity and attention to detail that’s generally lacking in touristy Taormina. The limited menu changes regularly based on what’s in season, and is filled with less-common regional specialities, from succulent stewed rabbit with olives, carrots, pine nuts and celery, to heavenly wild-fennel ‘meatballs’.

Siracusa (Syracuse) is a window into the ancient history of the Mediterranean and Europe. Its vast archeological site is a rare treasure of temples, amphitheaters and an ancient castle. Almost everything in Syracuse is in the older residential quarter,which is an an island, Ortigia, which was a center of Greek, Byzantine and Judaic civilization..Ortigia is known for, among many other things, the freshwater Spring of Arethusa. When Artemis changed Arethusa into a spring of water to escape the river god Alpheus, it was here that the transformed maiden emerged. On a more factual note, Syracuse was the city of Archimedes, . Plato spent several years here.

Surrounded by magnificent baroque palaces it is the core of the civil and religious life of Ortygia, the ancient city of Syracuse, a UNESCO heritage has one of the most famous squares of the world : Piazza Duomo. If you want more religious sites to visit, you can go over at this website.

Antico Hotel Roma 1880 is the oldest and most central hotel in Ortigia and the only one in the world to be adjoined to a Greek temple, the Doric Temple of Minerva, now converted into the Cathedral of Syracuse. Founded in 1880, the hotel is framed on two sides by the cathedral and the archbishop’s palace and overlooks Piazza Minerva, which leads to Piazza Duomo along the ancient Doric columns of the temple which line the square, and Syracuse’s most central street, Via Roma. Hotels restaurant Monzù serves both traditional and modern Sicilian cuisine and has the best location of town. One of Ortigia’s most elegant restaurants, Don Camillo specialises in sterling service and innovative Sicilian cuisine. Pique the appetite with mixed shellfish in a thick soup of Noto almonds, swoon over the swordfish with orange-blossom honey and sweet-and-sour vegetables its a must for Slow Food gourmands. For shopping visit Papini store is a must visit exclusive fashion store of luxury brands with a wide selection of haute-couture clothings of international designers.

If you’re looking for a fantastic lunch, I Rizzari, near Agusta in Brucoli, is a worthwhile seafood pilgrimage. The dark interior of this tiny family-run bar and trattoria opens to sun-dappled deck by the sea. Try the sweet local shrimp, mixed seafood pasta with fresh tomatoes, and grilled octopus served on a wooden board.

Taverna La Cialoma is in Marzamemi, a picturesque fishing village where you can visit for fly fishing trips. The restaurants white decor with the Ionian Sea is mesmerizing . In the kitchen, the heartbeat of the locale, Lina Campisi cooks with orchestral movements. After years of cooking for her five children, Campisi realized a dream and opened her restaurant doors at the age of 50. Fish and seafood are the king here (read more from iLoveCrabs.com).

Noto is the capital of Sicilian Baroque architecture, built in the wake of a 17th-century earthquake, a magical town especially at night. Noto’s cathedral rises impressively above Corso Vittorio Emmanuele. Given other fine Baroque buildings in the town it is a Unesco World Heritage Site. Noto is easy to visit. Simply wander the length of the Corso, as long and graceful as an arrow, diving down side streets here and there, and not missing Via Nicolaci, at the top of which is the beautiful elliptical façade of the Chiesa di Montevirgine. Among the streets are many cafes, bars, restaurants and elegant shops. Caffè Sicilia, opened in 1892, fourth-generation owner Corrado Assenza is the Heston Blumenthal of Italian confectionery, creating radical cakes such as saffron with sour orange rind and ices flavoured with black olive or basil.

The most beautiful hotel of the town is the Seven Rooms Villadorata.  Its owner has now turned his Noto home into a luxe bed and breakfast that makes you feel like royalty: frescoed ceilings, ornate tiles and high windows add a stately air to this honey-hued Baroque beauty. Each of the seven rooms is named after a wind

Its restaurant and bar Manna is the best of town. Enthused by the spirit of “good food” and good table, Manna masters the art of combining flavours and aromas in traditional Mediterranean dishes made from local ingredients of the highest quality and presented in a creative manner, sure to delight even the most demanding palates.

Share
Previous Ai Weiwei On Porcelain, SSM Istanbul
Next Cruising in one of the most spectacular places of the world : Halong Bay